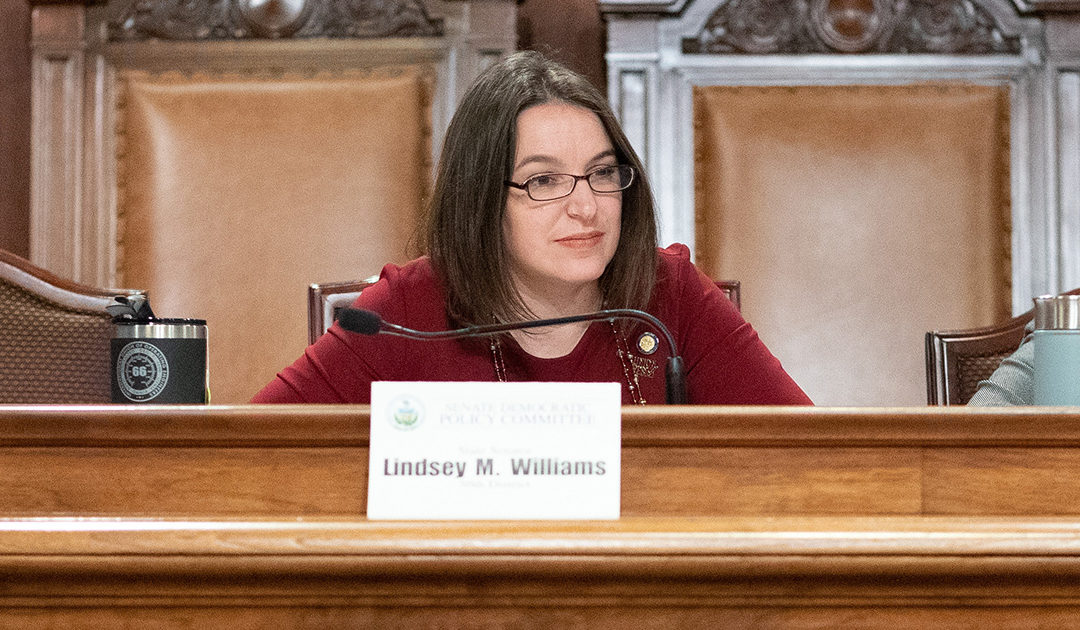 “My tenure as a Senator will always be about transparency and accountability in our government. But that’s not what today’s Senate Veterans Affairs & Emergency Preparedness meeting and the subpoenas being issued by that Committee are about,” said Senator Williams. “They are about scoring political points by driving up to Mount Wolf and serving a subpoena on the Governor with a camera crew in tow. They are also not about serving the needs of our Veterans or our first responders, which is what the VAEP Committee should be doing. The VAEP Committee has not addressed the fact that one of our state-run Veterans homes has had approximately 26 COVID-19 deaths in the past several weeks or that our civilian nursing homes are increasingly requesting Pennsylvania National Guard assistance in taking care of patients. Instead, last week, we held a hearing that didn’t include a single first responder, health care worker, or other front-line worker. When I raised this point, I was shrugged off and was told that the Veterans Affairs & Emergency Preparedness Committee didn’t have time in a 3-hour proceeding to hear from a first responder.”

Eugene DePasquale announced today that the Department of the Auditor General will use its oversight authority to audit the process used by the DCED in determining what businesses received waivers to remain open following the Governor’s order to close non-life-sustaining businesses on March 19th. Governor Wolf and DCED Secretary Dennis Davin have agreed to cooperate with this audit, including providing requested documentation for the AG to review.

“As Minority Chair of the Community, Economic & Recreational Development Committee, I sent a letter to Secretary Davin on March 28 requesting that DCED make the waiver criteria for a life-sustaining business, as well as a full list of businesses that received a waiver and the basis for that waiver to be made publicly available,” continued Senator Williams. “The small businesses and workers who are making tremendous sacrifices to help mitigate the spread of COVID-19 have to know that the rules they are following are the same for everyone. The entire waiver process must be clearly defined, uniformly applied, and transparent. Auditor General DePasquale’s independent review of the waiver process will make this information public, as well as provide both the legislature and administration with concrete steps to take to address future emergency situations in a transparent and equitable manner.”