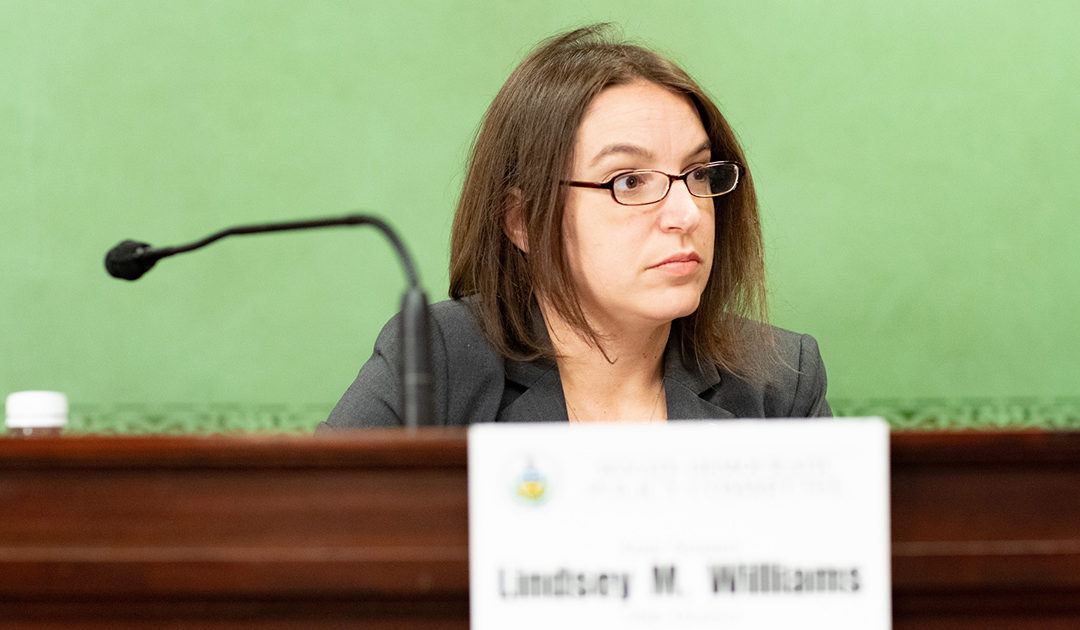 Pittsburgh, Pa. − June 9, 2020 − Senator Lindsey M. Williams has issued the following statement opposing House Resolution 836 and the premature termination of Pennsylvania’s Emergency Declaration, which will jeopardize hundreds of millions of dollars in federal funding. House Resolution passed the Senate 31 to 19 and will go back to the House for concurrence.

“In yesterday’s Veterans Affairs and Emergency Preparedness (VAEP) Committee hearing, I raised serious concerns that prematurely ending the Commonwealth’s Emergency Declaration would jeopardize hundreds of millions of federal dollars that are currently available to aid Pennsylvanians in responding to and recovering from COVID-19. I asked Senator Doug Mastriano (R-33) if he received assurances from the federal government that we would not lose any federal funding if his amendment to House Resolution 836 passed.

Senator Mastriano assured me and my colleagues that he had spoken directly with his counterpart in the White House Office of Intergovernmental Affairs and that terminating our Emergency Declaration would have absolutely no effect on Pennsylvania’s federal funds whatsoever. I asked Senator Mastriano that he please provide my office with written confirmation from the federal government that this was the case before I would be comfortable voting to terminate the declaration and jeopardize federal funding for Pennsylvanians.

This morning, Senator Mastriano provided my office with the following:

Upon further examination, it was discovered that this is a cut and pasted portion of an attachment to a mass email sent by the White House Office of Intergovernmental Affairs originally dated May 14, 2020. Several members of my staff, as well as legislators and their staff members across the Commonwealth, receive these emails. A full copy of that email and the attachment can be found here. In no way was this email sent directly to Senator Mastriano as a result of a conversation that he had with the White House. Neither does this email contain any information specific to Pennsylvania’s laws, let alone show that ending Pennsylvania’s Emergency Declaration will not negatively impact Pennsylvania’s eligibility for federal funding.

I am a licensed Pennsylvania attorney. When making decisions that impact the livelihoods of millions of Pennsylvanians, I want a legal opinion on the intended and unintended consequences of HR836. I want citation to statutes, regulations, and legal authority to justify that legal opinion. I believe that my constituents deserve to know exactly what the actual impact of prematurely ending the Emergency Declaration will have on our Commonwealth, not just what one Senator wants to say to boost their YouTube viewing numbers.

Ending the Emergency Declaration doesn’t end the virus. It doesn’t put people back to work. It doesn’t open more businesses. It doesn’t provide Pennsylvania with more PPE or other needed supplies– in fact, it makes it harder for us to obtain those from the federal government and to coordinate with other states. Instead of prematurely terminating the Emergency Declaration we should be spending time on legislation that will help our constituents recover from this pandemic.”