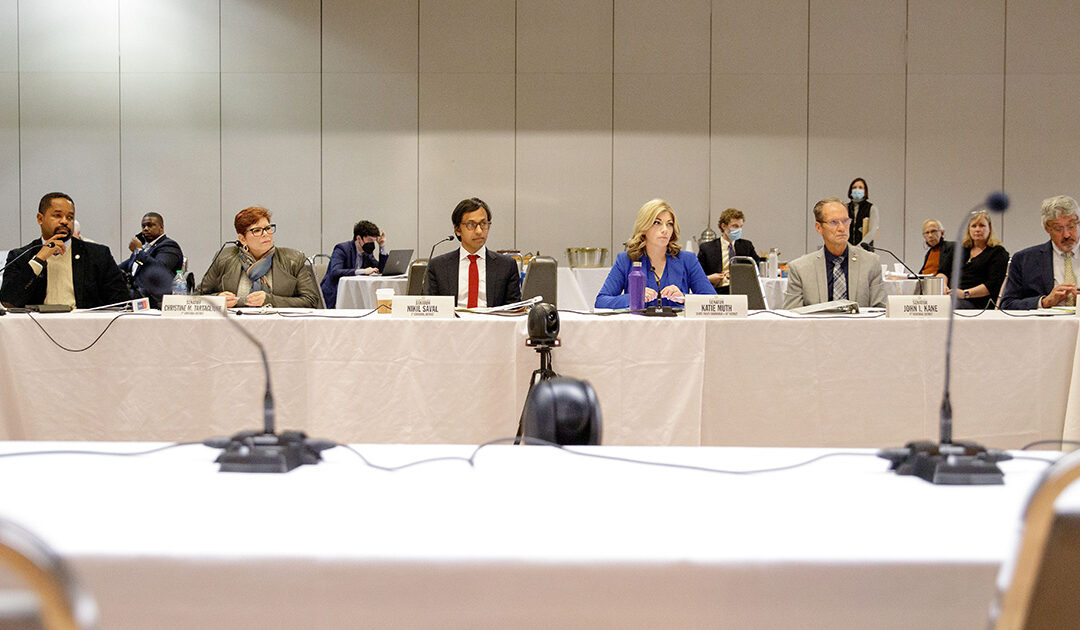 “Worker misclassification isn’t just about building trades or construction, this issue impacts a whole segment of our workforce that deserves to be protected and paid fairly by their employers,” Senator Muth said. “I appreciate all of my colleagues and the panelists that participated today to shine a light on another instance of corporate greed – employers that are prioritizing profits over workers. It is time that we stand up for our workers in the state Senate.”

The Senate Democratic Policy Committee heard from several panelists at the Sheet Metal Workers Union Building in Philadelphia who all discussed the problems workers are face with when they are misclassified by their employers. The Keystone Research Center indicates that if Pennsylvania has rates of misclassification in the construction industry comparable to those in other states, it loses about $10 million in unemployment insurance taxes, at least $15 million in income tax revenues (and possibly three times as much), as much as $83 million in workers compensation premiums, and $200 million in federal income taxes.

“Worker misclassification is pervasive, and the resulting damages cut across all sectors of employment and all facets of our communities. Pennsylvania is a labor state with a long history of protecting workers’ rights, and it’s imperative that we continue this work in our swiftly changing economy,” Senator Saval said. “Just as companies that exploit workers can take these practices from state to state, Pennsylvania can create a model for worker protections that other states can adopt. How we approach this right now will impact the future of work.”

The hearing featured representation from various regional and statewide labor unions, including the Steamfitters Local 420, Painters DC21, Philadelphia Building and Construction Trades Council, PA AFL-CIO, and the Eastern Atlantic States Regional Council of Carpenters. Senator John Kane spent four decades as a union plumber prior to serving in the Senate and also served for twelve years as the Business Manager for one of the largest plumbers’ unions in the Commonwealth.

“My members earned good, family-sustaining wages and had good benefits. They had protections for workplace injuries and safe working conditions. When workers are misclassified as independent contractors, they lose these protections,” Senator Kane said. “I want to be clear – the misclassification of workers is a form of theft, plain and simple. Businesses cut costs to help their bottom line, and our workers pay the price. It’s long past time we took action to end worker misclassification, and I’m grateful to all our panelists for sharing their perspective in today’s hearing.”

The hearing also highlighted the worker misclassification issues experienced by workers in the app-based gig economy and discussed potential policy solutions to address the issue of worker misclassification. One bill discussed was Senate Bill 879 which was introduced by Senator Saval. This bill would hold general contractors responsible for paying any employees up and down a worksite, even if they are hired by a subcontractor.

“For too long unscrupulous employers have cut costs and corners by misclassifying Pennsylvania’s workers. The Pa Senate Democrats have and will continue to fight for the workers of this commonwealth,” Senator Tartaglione said. “Every worker deserves the protections that come with being an employee not a contractor. The cost of doing business cannot and should not be shifted onto a businesses’ employees.”

“Misclassification hurts workers, hurts employers who are doing the right thing by their workers, and it hurts taxpayers,” Senator Williams added.

All submitted testimony from today’s hearing and the full video is available at SenatorMuth.com/Policy