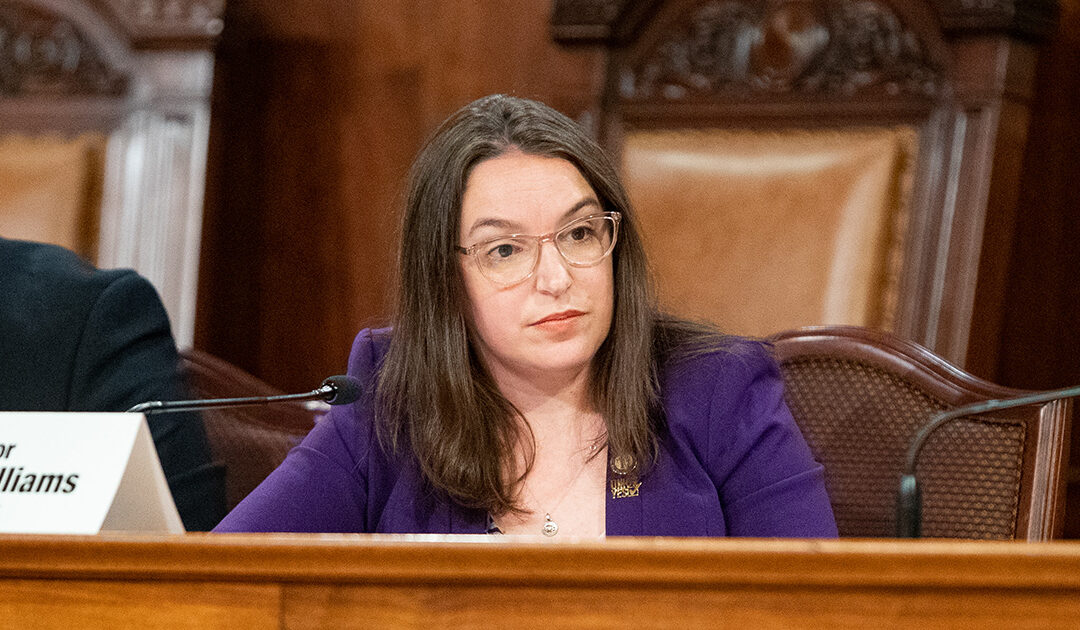 HARRISBURG, December 9, 2022 – State Senator Katie Muth (D- Berks/Chester/Montgomery), Chair of the Senate Democratic Policy Committee, and state Senator Lindsey Williams (D-Allegheny) hosted a virtual roundtable discussion Wednesday night on the operating rules of the Pennsylvania State Senate and their package of reforms that would enhance transparency and ensure fairness in the legislative process.

“The Senate Rules, developed each session by the Majority Party, limit our participation in the legislative process and silence the voices of millions of Pennsylvania taxpayers by allowing the Majority Party to have unilateral control over the calendar and all Senate proceedings,” Muth said. “For the second session in a row, Senator Lindsey Williams and I are introducing a set of operating rules that are equitable and fair to all members of the Senate – not just those in the Majority. Our virtual roundtable discussion was an opportunity to highlight how the Senate Operating Rules negatively impact our ability to govern. I hope the Majority Party will work with us to draft rules that allow all members of the Senate to fully participate in the legislative process.”

Senator Muth and Senator Williams sent a letter to President Pro Tempore Kim Ward and Senate Majority Leader Joe Pittman Wednesday afternoon outlining their proposed rules reforms and requesting a meeting to work with Majority Leadership on the operating rules of the Senate for the upcoming 2023-24 legislative session.

“The Operating Rules of the Senate control every action that we will take over the next 2 years—which bills will get a vote and which won’t, how much notice the public will get of Senate action, and more,” Williams added. “I’m encouraging everyone to contact their Senator to ask them to support these commonsense reforms. Together, we can build a Harrisburg that is more transparent, open, and accountable for all Pennsylvanians.”

The rules reforms requested by Senator Muth and Senator Williams include:

Many of the reforms sought by Senator Muth and Senator Williams were first introduced at the beginning of the 2021-22 legislative session as Senate Resolution 4. The resolution was referred to the Senate Rules and Executive Nominations Committee by a party-line vote and were never considered by the Senate.

A recording of last night’s roundtable discussion and a downloadable PDF of the presentation is available at SenatorMuth.com/Policy