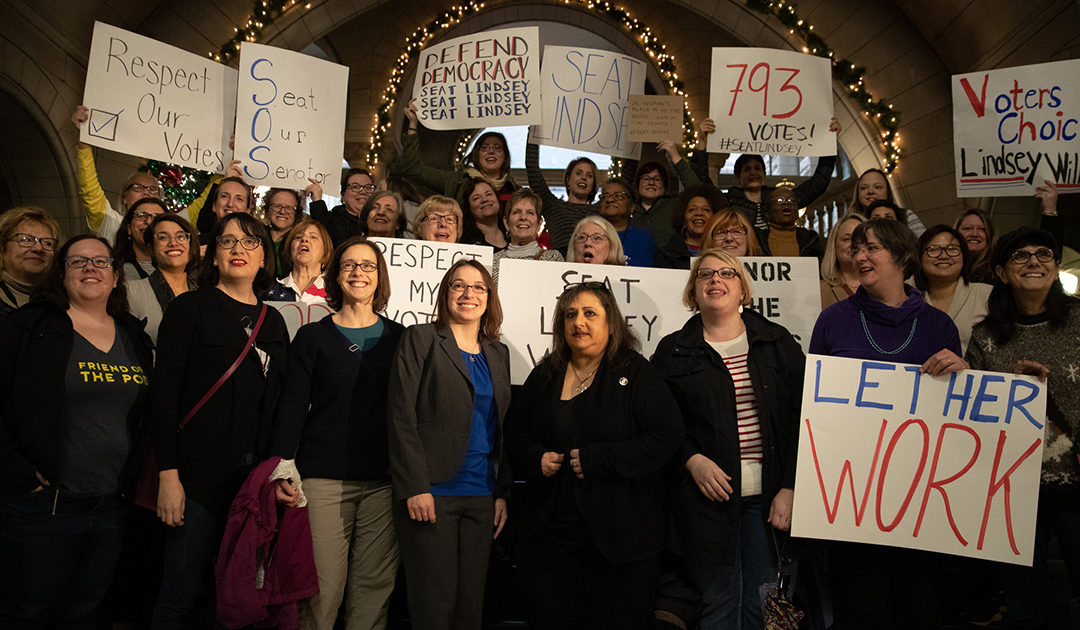 Pittsburgh, Pa. – December 28, 2018 – Pennsylvania Senate Republican leadership has officially stated that they will permit Senator-elect Lindsey M. Williams to be seated on January 1, 2019 alongside new and returning elected members at the State Capitol in Harrisburg.

Williams first extended her thanks to Senator Scarnati and the entire GOP caucus for their review of this matter.

“While these last few weeks have been stressful for me personally, the Republican caucus and its leadership has been extremely fair and thorough in their evaluation of the situation,” Senator-elect Williams said. “I appreciate their professionalism and efficiency in bringing this matter to a close as quickly as possible so that I can get to work doing the job I was elected to do for the people of District 38.”

Since December 1, Senator-elect Williams has taken on the duties and responsibilities of the State Senate, including signing onto legislation that will protect the tenets of the Affordable Care Act for all Pennsylvanians; and developing a policy platform that adequately funds education. She has also opened a constituent services office in the district, and already hosted a free event to help residents apply for LIHEAP.

“I have maintained that my top priority is my constituents; former Senator Vulakovich and his staff have been incredibly generous in ensuring that no services have been missed during the transition,” Williams said.

Senator Williams and her staff are available to provide a range of assistance Monday through Friday at 300 Wetzel Road, Glenshaw, PA 15116, by phone at 412-487-6600, or by email at D38.constituent@pasenate.com.